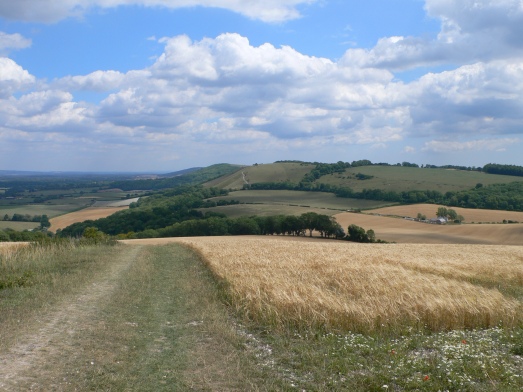 I was out and about on the bonny South Downs again yesterday, taking in a sizeable swathe of countryside north of Chichester on my jungle bike. A very fine ride too with many big climbs. Slightly stiff thighs today.

Anyway,  I chanced upon another of Mr Goldsworthy’s big chalk balls near Cocking Down. I think I read somewhere that there’s a trail of them. I’m not going to look it up as I’m enjoying just stumbling on them (well, two so far). 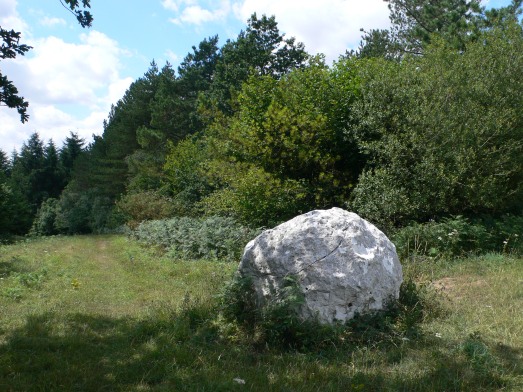 This one had a large crack running through it. I don’t know if that might have been caused by weathering or vigilante action by a rogue rambler incensed by his/her encounter with conceptual environmental art, but I’m sure either way Mr Goldsworthy would probably just see it as written into the inherent impermanence of his artworks. 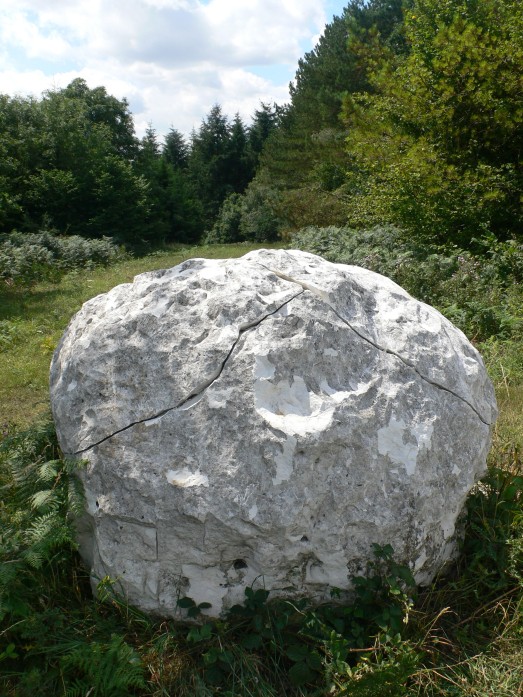