Not much to do with walking or cycling I’m afraid, but this is my blog and I can write about other things occasionally if I want to. Writesofway attended the Lewes Bonfire Night celebrations last night, maintaining unbroken attendance stretching back a good few years. I love it, the Lewes Bonfire celebrations are the biggest in the country and attract around 30,000 people each year. It’s a great, generally good-natured affair – apart from burning the Pope and other Enemies of Bonfire of course. Huge torchlit processions with marching bands – usually samba bands (we Brits seem to have taken to this particular cultural import with the same enthusiasm as Thai green curry) – followed by huge bonfires and ooooh-aaaah firework displays. You can read more about Lewes Bonfire here amongst other places.

‘Why ‘bonfire of  the vanities’?’ I hear no-one ask. Well, every year assorted miscreants who have offended the sensibilities of the Bonfire Societies are paraded through town in effigy before being put to the torch. The Pope is immolated every year because of the Catholic-orchestrated Gunpowder Plot in 1605, but also to mark the executions of the seventeen protestant martyrs who were burnt at the stake outside the town’s Star Inn at the time of the Marian persecutions between 1555 and 1557. Saddam Hussein, Osama Bin Laden, Tony Blair, Fat Cat bankers and George Bush have featured among the other baddies condemned to the fiery furnaces in recent years. Fair enough. However there have been a number of dubious choices too. I remember Eric Cantona being cast into the inferno some years ago because people were annoyed about French fishing quotas. Exactly.

Last night, a giant Barak Obama was wheeled through town in an equally giant deck chair, Why? Because he was tough on BP for destroying the Gulf of Mexico. Another candidate for the flames was writer David James Smith, who penned an article about encountering racism in Lewes when he, his black wife and mixed-race children moved there in 2005. Not popular.

Anyway, I’ll leave it there before I end up earning my own inferno-bound effigy for next year’s do. Here’s some pictures instead: 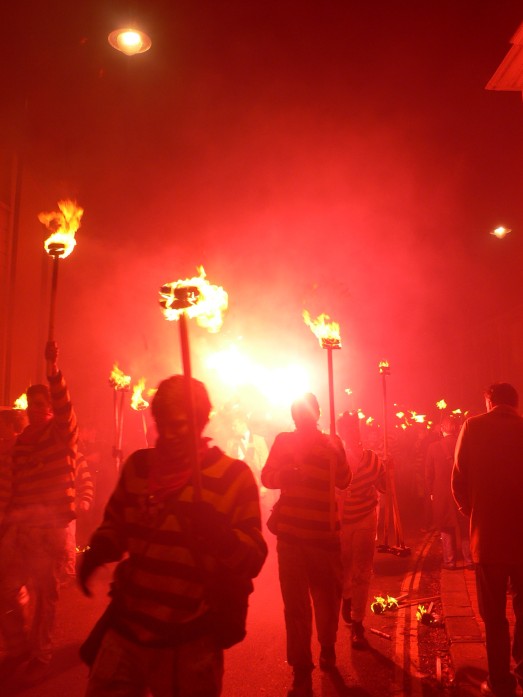 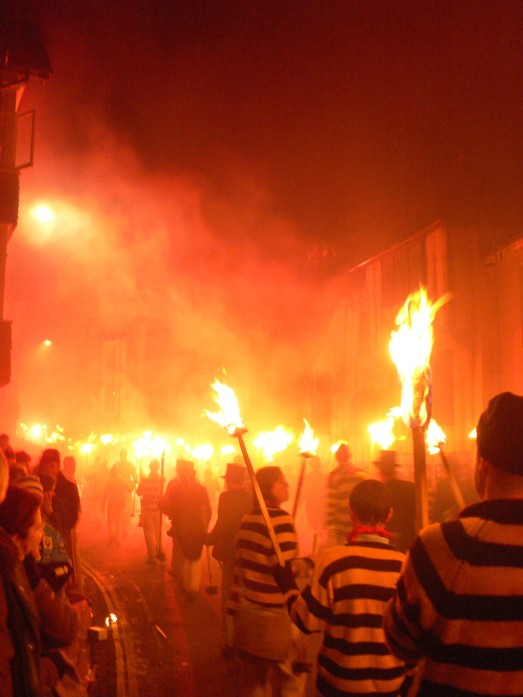